3rd interview at very big well known company. If I get the job am I good enough to work there?

Odd question. Of course most people would assume if a company hires you then you are good enough to work there. But not me. I’m doing well in the interview process. Passed first and 2nd interviews. It’s a big well known company. They write about there own code all the time. They publish a lot of it. A lot of it seems over my head. I feel like given a month ID figure it out.

So the question remains. If I get hired, pass all the interviews and never once lied about my experience… Why am I worrying im not good enough? What if I start and can’t figure out there code? What if I suck?

What if I start and can’t figure out there code?

Ask. If they give away their knowledge (blog/publishing/etc.) then they are about learning. I’m sure, if you passed their interview, they know you’re capable of working there. I think the worst thing you could do is to pretend you understand and don’t ask when you don’t understand their code. Some peers I had admitted they don’t know soon enough, others didn’t know and didn’t ask (out of shame of not knowing) until they messed up the codebase.

And btw., you do not suck. Nobody does. We just behave differently.

Here are some facts for you:
No one walks in the door knowing a code base.
No one is proficient at a code base after one month.
Imposter Syndrome is real, and lots of people have it.

Here is some emotion for you:
CONGRATULATIONS! You’ve made it this far, that’s really awesome! The job search is so difficult, especially for those of us with depression and anxiety. Are you proud of yourself? I am.

It’s okay to be worried, but don’t be down on yourself. Let’s imagine that you get in the door and you can’t hack it - worst case. (But not the most likely case.) Then what? You’ll struggle for a few months. You’ll probably say really awful things about yourself. Then you’ll either a) get it or b) not get it. Let’s go with b, again, worst case. What is the worst thing that could happen? They could fire you? That’s not really likely. If they’ve invested in hiring you, they’re usually going to put a little effort into keeping you around and finding a way to get you up to speed (unless it’s a poor startup). They could call you out, publicly, and shame you? Also not likely. You could decide to leave and find a job where you don’t feel awful at the end of the day. That’s not so bad, so it didn’t work out, that’s sad but not the end of the world.

But really, what’s the most likely situation? You get in the door, you’re list for a few weeks, but you gradually pick it up. In a few months, you’re starting to feel confident and know your limits. In a year, it’s old hat.

And really, if you can’t figure out the code, that’s usually because it’s written in an unclear way, which is a reflection on the writer, not on you.

You should read this blog by Google’s people-operations team. https://rework.withgoogle.com/blog/worried-youre-an-impostor-youre-not-alone/

Whenever I faced these questions when starting a new job, I spin them around:

Why am I worrying im not good enough?

This is more normal than you think. As others have said: impostor’s syndrome. Even though I’ve been on this game 10yrs+, I still battle it. In fact, I think it’s amplified as time goes by.

Do you know what this means? Growth! Opportunities. If you played RPGs, it means 2x/3x/4x exp. Sweet leveling!

What if I start and can’t figure out there code?

You’ll figure it out. Ask questions. If someone starts at the same time as you, try to help each other out. Do some pair programming. No one said you have to do this alone

What if I suck?

Again, room for growth. You will grow into the position and rock it!

There is a lot of great literature out there about imposter syndrome: 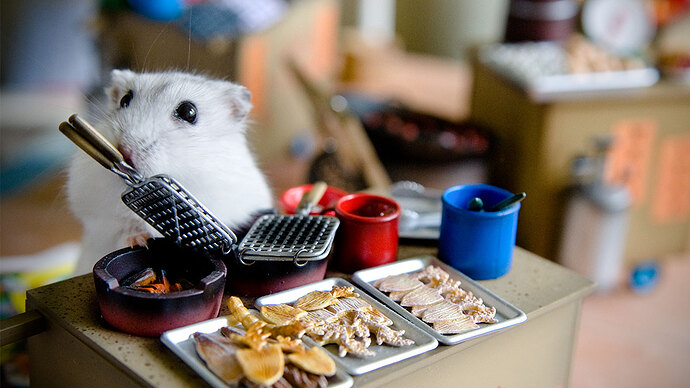 Everyone Suffers from Impostor Syndrome — Here’s How to Handle It

{Disclaimer: I am a professional psychologist. I volunteer for OSMI. I am not soliciting clients or offering treatment. My participation in this forum is to offer professional input to be considered with the range of responses and support offered by fellow developers.}

I believe that it is pretty common in all professional settings. If you are hired, they saw you as fit for the job and that’s the end of it

Don’t think about the what if’s and give your very best. That’s all you can do and it will be more than enough.

I definitely have a decent amount of imposter syndrome crap going on in my head. I’ve been fortunate enough to get work at some of the most well-known of companies for mobile app development. I’ve always felt like my resume gets me a lot of opportunities but once hired, the imposter shows up and all that negative thinking and not being good enough comes in.

Three times now, I’ve been approached to work with The Biggest social media app there is. You know who - starts with an F. Three times I’ve declined, stating family reasons when in reality I KNOW I would not be good enough for a company like that and before long I’d feel inadequate, unintelligent and mistake-prone.