How do you guys do it?

First a bit about me, I’m 23, I’ve been stocking groceries since I was 19 and I’ve gotten to a point of being over a department, I support myself, a couple people have told me I should go through a program the company offers to become a manager etc etc, I’m sure I could eventually become one, and then a successful one… But I know I don’t want to. For a while I’ve been trying to figure out what I wanted and not what OTHER people told me to want or to go for.

I really don’t know if coding is what I want to do, but it seems up my alley even though educationally I’m far far behind, I worked through portions of some udemy courses, watched a few youtube tutorials, but other than that I haven’t really taken to coding much of anything. It just seems like when I sit down and try to do it everything else is more important, it’s frustrating,

Even for the times I begin and stick with it for at least a month or two I see this huge journey in front of me that’s gonna be trying to make up the past 7 years I could’ve been using to learn everything about it and I guess it crushes me. I’m sure some people here are older than me, and maybe even started later than I did, but I just can’t seem to find enjoyment in the actual process like I thought, I love everything about it except the actual part of learning and applying, how do you guys put up with this? Or am I alone here?

TBH, then I would not do it.

@Bassium, sorry, …maybe if have to be more specific. Since I started in uni in the nineties, things changed like crazy, I think you have to learn, there’s no way around. Once you grasped some stuff, it may be outdated soon or will come back with a different name in 10 years. It might be the reason people you really do not like want to hire and work with you. Though its weird, I love it.

If there’s something you love in software development, maybe there’s another path in it for you. Ever thought about what this could be?

I really don’t know if coding is what I want to do, but it seems up my alley

I really identify with your situation. When I started college, I had no idea what I wanted to do. I applied for a science program (I don’t know what that would be called in the US) and I was miserable. I simply could not sit in the physics/organic chemistry classes and learn. The teachers would basically read their books during 90 minutes and I was bored out of my mind. I could not catch up when studying for the exams and failed.

So I decided to transfer to CS because back then I was spending a lot of time on my pc running a BBS and learning about the web. I figured it would be easier for me study a subject i’m familiar with and indeed it was. I knew I was passionate about CS. I had spend time as a kid coding basic on VIC 20.

Passion is what drives you forward. It gives you the will the keep trying. It’s ok if it’s hard at first. My first CS classes were challenging but I wasn’t bored. So you need to spend some time to figure out what you’re truly passionate about.

One other thing I will add: after 15 years working as a web developer, it’s still hard for me to learn new skills. The main reason is I need a project. I can’t just learn something for the fun of it, I need goals, objectives. Give me a project and challenge me to learn something.

Another thing: I started running 7 years ago to keep fit. I realized I can’t improve my fitness if i’m simply running to keep fit. It’s not a clear objective. So I started registering to half-marathons and suddenly it was easier for me to set time for training. I had a goal to achieve and a clear path to success.

So if you like the web, start a blog, or try to build a simple web app. You can learn Ruby on Rails and push a web app on Heroku for free. Or perhaps you have a simple idea for a mobile app. Try come up with a project idea that you could work on in your spare time.

As someone mentioned, a lot of the work is going to be constant learning and applying what you’ve learned (and a lot of failing and learning from that failure). If you don’t enjoy that, its going to be VERY difficult to stick with any program or courses. It’s would be like someone in a Marketing position who does not like doing research.

Something that I’ve been trying to accept as well is the fact that it’s OKAY if it turns out this is not for you. A lot of my personal anxiety comes from the fact that I have been viewing coding as the endgame: “I have to be able to do this or I am a failure” or “I have to make this my passion to succeed”.

Why don’t you enroll in some online courses and continue with your current company? At least that way you have steady income and can then really decide if you want to pursue programming or something else? It’ll be harder to find a passion when you’re struggling to make ends mean.

One other thing I will add: after 15 years working as a web developer, it’s still hard for me to learn new skills. The main reason is I need a project. I can’t just learn something for the fun of it, I need goals, objectives. Give me a project and challenge me to learn something.

That is the main problem I think, either I had no goal and it was just punching in code not explaining fully why it does what it does just to get a reaction out of a compiler, then we moved on to actual projects (I was learning game development at the time) and the games were just really bland, I dunno, they weren’t things I was envisioning and they weren’t appealing to me at all, but the lack of written tutorials and my general willingness to throw in the towel momentarily I guess set me off the path. 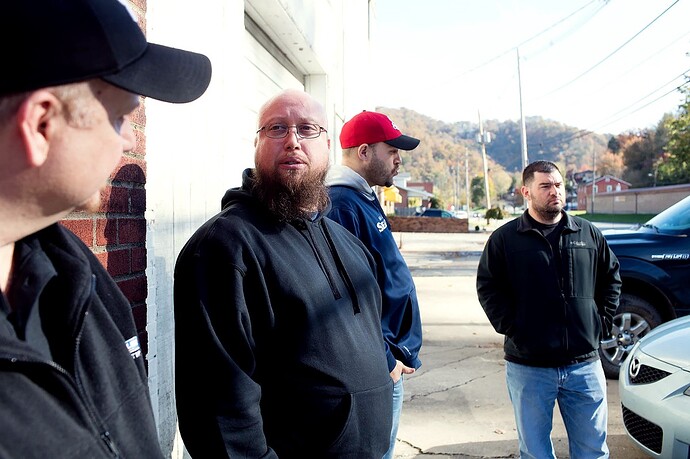 Can You Teach a Coal Miner to Code?

As America goes digital, its bluest collar workers are facing the toughest challenge of their lives.

If a bunch of middle-aged coal mining guys can do it, you’ve at least got a shot.

Yes, without a concrete goal to apply the ideas I’m learning about, the ideas don’t stick. Find something small that bugs you and write code to fix it/ automate it.

It takes 3 months of programing about 5-8 hours a day to really get your “programing legs”.

I cant say I’m happy, but I am a programer.