Who of you would love to work part time?

I know that there are programmers for sure who want to work less hours per week but probably are not bringing this issue.

I think that programmers deserve that thing because they are very valuable workers comparing to other people. Or at least experienced programmers.

THere are various articles out there about working less time in general. The reasons are like this - we currently live much richer lives than people lived 100 years ago. We would be happier by being able to do what we want more often.

For example this is good:

Another reason is - bosses expect us to study after working. Which practically means working overtime. So if at least reducing the work hours so that real_work + studying = full_time it would be better.

I am now in the situation - we are doing new project with lots o new technologies. Since i want to keep my image as good programmer, i study after work. But this makes me feel like this is never ending, and not the life I am dreaming about as a decent programmer. I have 100 hours of studying after work since mid february, and those 2 months I feel like my life has worsened in quality. And I feel that there is a ton to learn still.

And I talked to my friends - they almost do not study after work and they have good jobs and earn much more than me. They have an advantage - they feel not stressed around people, or also in general, so maybe that gives also competition advantage. But thats good for them, they get bigger salary for that maybe. I accept getting smaller salary if my social skills and stress handling are not good as theirs.

I am not even sure should I still study? I am studying at work also - they do allow, but I see while I am studying , the work gets done very slowly. I see that coworkers also study at work. But some are studying a lot after work also and even working overtime. So that makes me feel bad. At least what makes it feel good that one coworker just loudly says - now I will need 2 weeks to study, I do not work when I do not know the technology. So I feel i am not alone.

Also maybe there is not perfect company for me since many people are working overtime. In previous company, people rarely worked overtime and CEO was working 4 hours per day, and often people who worked fulltime, they were constantly trying to leave eaerlier and also part of time pretend that they are working hard, while actually doing their own stuff or reading news. That was good company for this thing for me, but i got bad new boss, I could not stand, and I left it.

So please tell everyone who reads this - would you like to work less than full time?

I also saw good answer on the internet:

Most programmers seem to believe not having a life is part of the deal and spoil it for the rest of us. Managers are good at screwing everybody around, unions are a joke, everybody says the economy sucks, but then there’s always a need for programmers, and this should be exploited by the category.

As soon as a critical mass of people starts asking for part-time programming jobs, there will be plenty of offerings. So go on, and convince more people to do the same. This is the closest we get to a union battle.

I have done what you are doing in a previous job I had. Also for less pay than my peers. I found it deeply unsatisfying. There was so much pressure, and so little time, it felt like I was always failing somehow.

I also have worked in a job where I worked only about 20 hours a week, and for me, that was too little. That gave me a lot of free time, but when I have too much free time my depression gets worse and I retreat into unhealthy habits.

I found a job where I work exactly 40 hours a week. There is occasional study at home, but it’s infrequent or optional. This has turned out to be ideal for me, even though I didn’t think I’d like it at first.

My question for you is: what are you unhappy with? Is it the need to study, feeling like you don’t know how to do your job? Is it the culture that expects you to put in ask this free overtime? Is it that you are missing out on the great activities in your life in order to study for your job?

There was so much pressure, and so little time, it felt like I was always failing somehow.
That was bad managers who put too much pressure then I think.

I also have worked in a job where I worked only about 20 hours a week, and for me, that was too little. That gave me a lot of free time, but when I have too much free time my depression gets worse and I retreat into unhealthy habits.

If you have no other interests to fill the time gap, I believe it might be too little hours. So far when I am on holidays, I do not feel like having nothing to do

My question for you is: what are you unhappy with? Is it the need to study, feeling like you don’t know how to do your job? Is it the culture that expects you to put in ask this free overtime? Is it that you are missing out on the great activities in your life in order to study for your job?

One of reasons is the need to study. They accept studying at work, but from their words it feels like you are bad then. They kind of complain when they need to teach another programmer, who I believe does not want to study after work, because he also as me does not like doing overtime, wants holidays.
Yea, lot of companies expect want you to study after work. Even when my current company at job interview claimed - “we will not force you to study after work”, it just feel like they want and think about those who do not study as bad programmers.

I know my friends rarely study after work, and even sometimes work less hours than full time by cheating. And I know some people at works cheat hugely, like pretending working full time , but actually half of time they do smth else. Am I that worse than they are I think. I am not junior, I am mid level I can say. I have 4-5 years of experience. Of course experience by years is very different depending on what you did during those years. But still I am not a junior.

I am also missing the great activities in my life also. I want to try to create a small business. I want to watch movies, tv shows, browse facebook, play computer games. Browse site like this one. Even this one is almost wasting of time. Or at least since now it is morning, a fresh head, I should invest my time into harder thing like learning. Of doing smth to create a business if I would not need to learn.

I’d definitely love to work part time - even working just 30 hours a week would make a difference. After using an app like Rescue Time, I realized I can have 3 hour sprints before I need a break. Sometimes I can push it a bit longer but it looks like I work best 3 hours of non-stop code, lunch, another 3 hours. I believe 8 hours is too long and in some cases, depending on the project, 40 hours would be necessary but that’s not always the case, especially when it comes to agencies.

When there’s downtime or no work to do, it becomes a struggle to fill 80 hours hence the mention of “pretending” to work. Or it’s called “Fake working” where people aren’t focused on the tasks and trying to fill up time with nonsense because of work culture that no longer makes sense.

If you’re delivered your project on time, and there’s nothing needed from you that day, then why not go home? Spend time with your family or do that thing you never get to do? This is why I’m a fan of ROWE but unfortunately not many companies have adopted this yet. 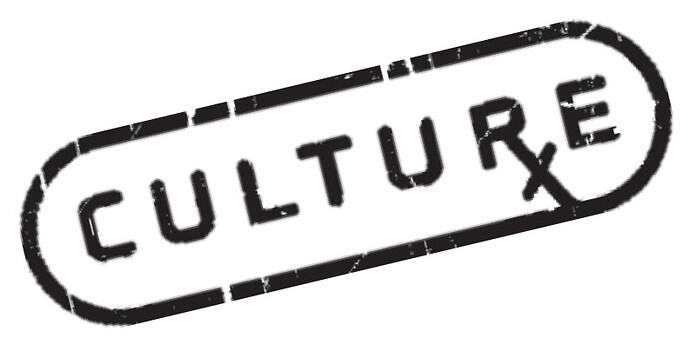 Jody and her ROWE Certified Master Trainers have the experience and credentials to work with your unique organization to customize experiential education, consulting and change management services. We're serious about developing a workforce where...

But yeah, the tech field is something that’s becoming more and more difficult to keep up with. In order to be “good” at your job nowadays, you do have to study and be “in the know” even off hours. It’s exhausting. And when you’re falling behind because you don’t want to “work” outside of work hours (to study and code side projects), you’re looked down on and it may even affect your job.

Like I said, exhausting. I’d like to work 30 hours or just work until my tasks were done and be able to leave for the day to enjoy my life outside of work.

That’s why a lot of people get in this field, I think. Devs tend to be curious how things work and never give up when it comes to solving the hard problems.

However, when it comes to web development, holy cow there are a bajillion different libraries and frameworks out there. I think it’s almost fad driven.

You have to be good with CSS, jQuery, bootstrap, your chosen server side language, whichever ORM you may be using, and SQL. Aka full stack.

To me, that’s just too much.

me, that’s just too much

Only sometimes the work is not so valuable, like improving code. Software works even with not refactored code, so business owner might not see huge benefit. But if the code needs to be edited, then there is benefit.

You have to be good with CSS, jQuery, bootstrap, your chosen server side language, whichever ORM you may be using, and SQL. Aka full stack.

Not always. I see companies investing the time and money into your studying. At least good ones, the ones who have the money. Only some people expectation is bad - they expect you be good in everything without investment.

I would accept to invest my own money into studying, that would be not a problem, because as programmer I have plenty of it. I mainly need time.

Good to know that there are some who want to work less hours.

I did a google search in my place and found few jobs who are accepting part time. Most of ads were expired, but it meanst that it happens that there are such companies. So need to constantly check work ads. Also one was searching python developer, and I was thinking that I might be willing to learn even python for getting a dream job. Plus as I googled - python is not difficult to learn.